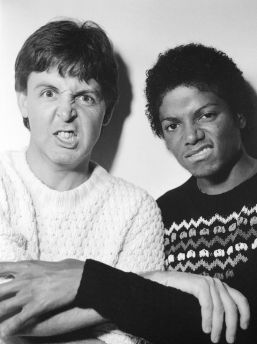 I’m briefly breaking my hiatus from blogging to share an interesting conversation I had this morning at work.

It started with a story:

I was in Spanish class my senior year of high school and somehow, in an otherwise incredibly boring class, the subject matter had switched to music (that’s música in Spanish). I don’t remember exactly how we ended up at the subject of Queen, but it happened nonetheless. Have you ever had one of those moments when you’ve made a comment and every single person in the room turns to eye you in judgement in unison? Well that’s exactly what happened to me when I asked, what I thought at the time, innocuous question:

Every cliché you can possibly think of occurred in 5 seconds. A pencil dropped on a desk, a girl gasped and covered her mouth in awe, even the teacher, probably mid to late 50s, took off her glasses and shook her head in disappointment. I can’t even remember the actual grade I received in this class at the end of the year, but this particular day, it was an F.

After what seemed like an eternity, I’m sure some soccer player (they were/are the most popular kids in my high school with no football team) said:

“Dude, are you serious?”

And the simple answer is yes, I was.

Now, don’t get me wrong, had I heard We Are The Champions? Absolutely, I mean how do you call yourself a D2: The Mighty Ducks fan without knowing that song belts during the end credits? You know, the movie where they add some black kids to the team so they can beat Iceland? And I definitely knew Bohemian Rhapsody as “that weird song where they kind of don’t speak real English,” so I was sitting high. The problem was, I couldn’t tell you what the name of the band was, nor their song library. Is this my fault for not understanding what a good amount of my friends would call “universal” music? Perhaps. But what I found this morning was that it opened up an entire discussion about race, musical preference, and one’s upbringing.

Anyone who knows me will know that my first response to this was:

This is unfounded and a complete generalization, but sadly carries with it some truth. If I asked the friends that I grew up with, I would say that a good amount of them wouldn’t be able to name a Queen song without being given some clue such as, “you hear this a lot at sporting events.” Queen was never played in my house growing up (excluding the aforementioned end to D2). Was it a generational difference that kept me from appeasing my work friends with a wider range of musical knowledge? I had to know.

So I got curious. And went to http://classicrockbands.net/top-100-classic-rock-bands/

This is the Top 10 Classic Rock Bands of all time (according to this website I googled):

Analysis (besides the fact that all but two are a “The”):

If I hadn’t known The Beatles I would understand the scrutiny, regardless of the fact that I can only say I like a few of their songs. Also despite an odd obsession with Lucy in the Sky with Diamonds (I mean the song, not LSD, come on you’re better than that). However, a good number of these can be classified as “heard the name, couldn’t name their songs, but probably have heard their songs”. I know that’s a long category name but bear with me here, I haven’t had my afternoon coffee. Within that category would be 2, 3, 4, and 9.

Van Halen (10) I know partially because of an absolutely shredded guitar solo in Michael Jackson’s Beat It (we will get into MJ later), as well as the fictional character Valhallen from Dexter’s Lab growing up. Don’t ask me how I put two and two together, I just did.

At this point I bet you’re wondering, “what about number 7, the beloved Beach Boys?” Well, when you steal your music from a talented black guy named Chuck Berry, you don’t get dignified with a response in Top Classic Rock Bands of all time. But let’s all just turn a blind eye.

To sum it all up, Queen came in at a solid number 92, so here’s to not feeling so bad for myself.

Back to the issue at hand.

Let’s think about who was listening to what.

I remember my mom once told me that there was white radio and black radio right around the tail end of the 60s, 70s, and even in some ways, the 80s. Given the tail end of the Civil Rights movement, it’s understandable that that might have been the case. It wasn’t done on purpose, there was no Jim Crow radio, that was just how things were.  What I’m trying to get at is that “classic rock” would not be considered a part of our generation’s music. It is a genre that simply maintained popularity and was passed down over time. If that is the case, knowing that radio was not universal, it would make sense that I was never made privy to the stylistic playings of Deep Purple. (I chose a name from the list whom I had never heard of)

So then how do we bridge the gap?

My argument would be that Michael Jackson was one of the most, if the the most unifying musical artist of all time. I wholeheartedly believe that there would be a significant difference between the amount of people (of all races, creeds, and nationalities) that know who Michael Jackson is than say the guy my baseball team loved to exalt, Bruce Springsteen.

That’s no knock in Bruce. The reactions I have seen from people when his music comes on are ones of pure jubilation. I only ask that I not be asked to share that same sentiment simply because in someone’s opinion, “everyone knows Bruce is the king.”

Try a social experiment. Sample people from as many races and backgrounds as you can and see which person they find is more popular. Of course, don’t tell people you’re doing this because they will undoubtedly think you’re the weirdest person on the planet, but you get my point.

Also, be glad I kept Michael Jackson to one paragraph. I could’ve gone on for days. I wasn’t given a choice except to love him considering the first song I heard out of the womb was Billie Jean (my mother made sure of that).

That being said, the comparison was made between classic rock and rap music. When asked to name some rap groups or individuals integral to what rap is now, I was impressed to see that most people in my corner either knew or had heard about each group or individual, barring the Kurtis Blow’s of the world.

So then, what the hell, Cam? You should know more about classic rock.

I probably should know more about Classic Rock music, but I don’t think it makes any one person more cultured than another.

It could be argued that rap music is the most universal type of music of our generation. In my opinion, certainly more universally accepted than classic rock is, was, or will ever be. It would be interesting to see what a simple random sample from our generation would come up with when asked to make a playlist of their favorite 25 songs from 1965-1985. However, I don’t think it will be surprising that those preferences will be based on a great number a variables including race, generation, and upbringing.

At the end of the day, preference wins over all. To be completely candid, most of the classic rock songs that I hear just simply don’t elicit any emotion in me. Guitar Hero 2 helped bridge that gap a little, I even added an Avenged Sevenfold heavy metal song (Beast and the Harlot) to my iPod simply because of that game. But, it takes a very particular sound to excite me in the world of classic rock. The odd thing about it is that is a very wide range of particular sounds (again, bear with me on the fact that that previous statement BARELY made sense, I feel like I’m in the beginning of a 5 Hour Energy commercial).

People are allowed to say that don’t like rap music because they don’t like how it sounds, so I should also be able to say that classic rock sits further down my list of musical genres for the same reason.