Roy: First off, for the life of me, I can’t believe this movie was even made. When I first saw the trailer, I was convinced it was a Funny or Die sketch pretty much up until I saw the production credits at the end. How in 2017, when everyone is obsessed with universally accepted super heroes and everything has to test well in every single market across the country, this movie was still green-lit and financed, I’ll never know. But damn, am I glad we got this treat.

Cam: Jordan Peele himself mentions in an interview that he was well aware that this movie would be near impossible to make until Sean McKittrick over at QC “got it” and decided to take a chance. Honestly, that’s how close we are to being able to have our stories told. Someone has to “get it” and say to hell with the general system and safe entertainment industry business decisions, I’m making this movie because I believe in it. One big complex ball of capital with a splash of racial apathy.

Roy: So as it would happen, how I actually viewed this movie was a happy accident. The area I live in here in St. Louis is decently mixed on a racial and socioeconomic scale but still on the relatively “nicer” side of town. So when I was about ready to see the movie, I just found the theater closest to my apartment with a show time that was soon. Having never been to this particular movie theater, when I showed up and every face in the box office line was the same as mine… I felt as though this particular movie would bring out the best in a nearly All-Black experience. I was correct.

Cam: I also decided to go on a whim at a theater close to come. That just happens to be the Pacific Theaters at The Grove in the Miracle Mile district of Los Angeles south of WeHo. I purposefully went on Oscar Sunday, early afternoon, just because I knew it would be less crowded with better seats. I was maybe one of five Black people in the theater with two of those five being two Black women around seventy years old with what looked like white boyfriends (I didn’t check for rings, but either way, not something you see often at that age). All of that background being said, when I hear “Redbone” play in the very first scene, I knew Jordan Peele thought long and hard about his audience. Not too long after of course, we got the deer.

Roy: As soon as the deer was struck by the car, the crowd let out a knowing grown as if to warn Chris: Aw here comes the bullshit already, look at what you did now… as a foreshadowing for the horror that was to come.

The crowd was uproarious throughout the entire climax of the movie, when Chris finally exacts his revenge. But the top moment of the evening was immediately after Chris knocks over the mother’s teacup and someone from the upper right section of the theater yelled “Man, Kill that B*tch!” and the entire rest of the audience proceeded to simultaneously cackle. That type of moment breaks two of my cardinal rules: 1) yelling in a theater and 2) calling women by profanities. However… when the moment is so perfectly well-timed and everyone collectively can sign off on the sentiment, it really makes for an incredible complement to the dialogue in the actual film itself.

Cam: I find this fascinating because as the movie progressed, the audience I was with got increasingly more comfortable expressing their emotions out loud. I feel like I might be partially to blame for this. I went to watch with my white roommate, so he understands my mannerisms. As soon as the deer got hit, I was already shaking my head like “here we go” and he laughed next to me understanding the sentiment. He also completely understood my cringing at Rose standing up to the cop for Chris. A moment I’m sure a great number of viewers thought was “hot” as did Chris, but for me was just a reminder of the social justice warriors who tend to get offended for the oppressed in certain scenarios. Like, just let Chris give the cop his I.D. and move on with it. Don’t get me wrong, it’s helpful at times, but one thing I think Black people have mastered is being able to pick their spots when it comes to calling people out.

Roy: There were moments where I felt actual anguish and had to sink into my seat:

When Chris is trapped in the seat thinking to himself: “How did I end up here? How did I think this relationship with this woman I have nothing in common with would bring me anything but pain? Now look where I am. You should have stayed in your lane from the beginning”

Cam: Totally agree. I think most of my anguish came from two things: the seclusion, meaning being miles from neighbors and civilization, and the fetishization of the Black body. The seclusion is pretty standard and may even be specific to me. I’ve always like the thought of neighbors and having other people around just in case someone decides to trip, which, my goodness, people trip in this movie for sure. The second part is a bit more complicated.

The first mention of the grandfather losing to Jesse Owens immediately resonated with me. Then came the dinner table scene with Rose’s brother talking about Chris’ genetic make up would make him an excellent MMA Fighter if he trained. Then of course the lawn party where that woman squeezes Chris’ arm and asks if he’s well endowed, and that other gentleman declares that “Black is in.” These were the scenes that make this movie great not because of what they represent in the moment, because most Black people have dealt with those little comments and brushed them off. They’re essential because of what they become when we get to the climax of the movie. Jordan Peele takes those comments that Black people would generally dismiss as misguided racial ignorance, and creates an entire sinister belief system based within those comments we brush aside.

Think about it. Chris’ one piece of relief during the lawn party is the blind man who says he loves Chris’ eye for photography. We as an audience breathe a sigh of relief, as if to say “finally, Chris is talking to a normal person.” It just so turns out that that same guy has his own way of fetishizing Chris’ body through his eyes. It uncovered memories of the guy on my college baseball team who told me I was only fast because Black people have extra muscles in their legs. He truly believed that. Now Jordan Peele challenges me to put myself in Chris’ shoes and ask, “what if that guy believed that so much, that he decided he wanted to take your body as his own?” That’s what scared me the most and it ranges all the way back to slaves on the auction block.

Roy: I definitely felt as if I have experienced some variation of the same conversations directed at Chris at various points throughout my life.

Just after Chris can’t bring himself to kill Rose and the viewer sees the flashing lights of the police car pull up to the scene. It was at this exact moment of the movie that I could not have been in a better setting than where I currently was sitting. The movie theater I attended was located just a few blocks north of “The Delmar Divide” in St. Louis, an actual physical demarcation of race, socioeconomics, and prosperity within the city. Most of the folks I attended this screening with are living in the exact same type of environment where Mike Brown was shot in nearby Ferguson. So when the flashing lights of that “police car” appears on the screen, and it looks like Chris won’t ever be able to escape the horrors of the Armitage household, I could very much feel everyone’s heart collectively sink through the bottom of their chairs. In a situation we as Black people are all too familiar with, sometimes courage and ingenuity still aren’t enough to get you out of a bad situation, and you still fall short. So when instead, the flashing lights are revealed to come from a TSA security car driven by Chris’s friend Rod, the level of cheering and applause from the audience was something analogous to a last second shot made in a championship basketball game. Even though the story was fiction, it honestly made us all feel great inside. We NEEDED that kind of ending, I’m glad for once we were able to get it. 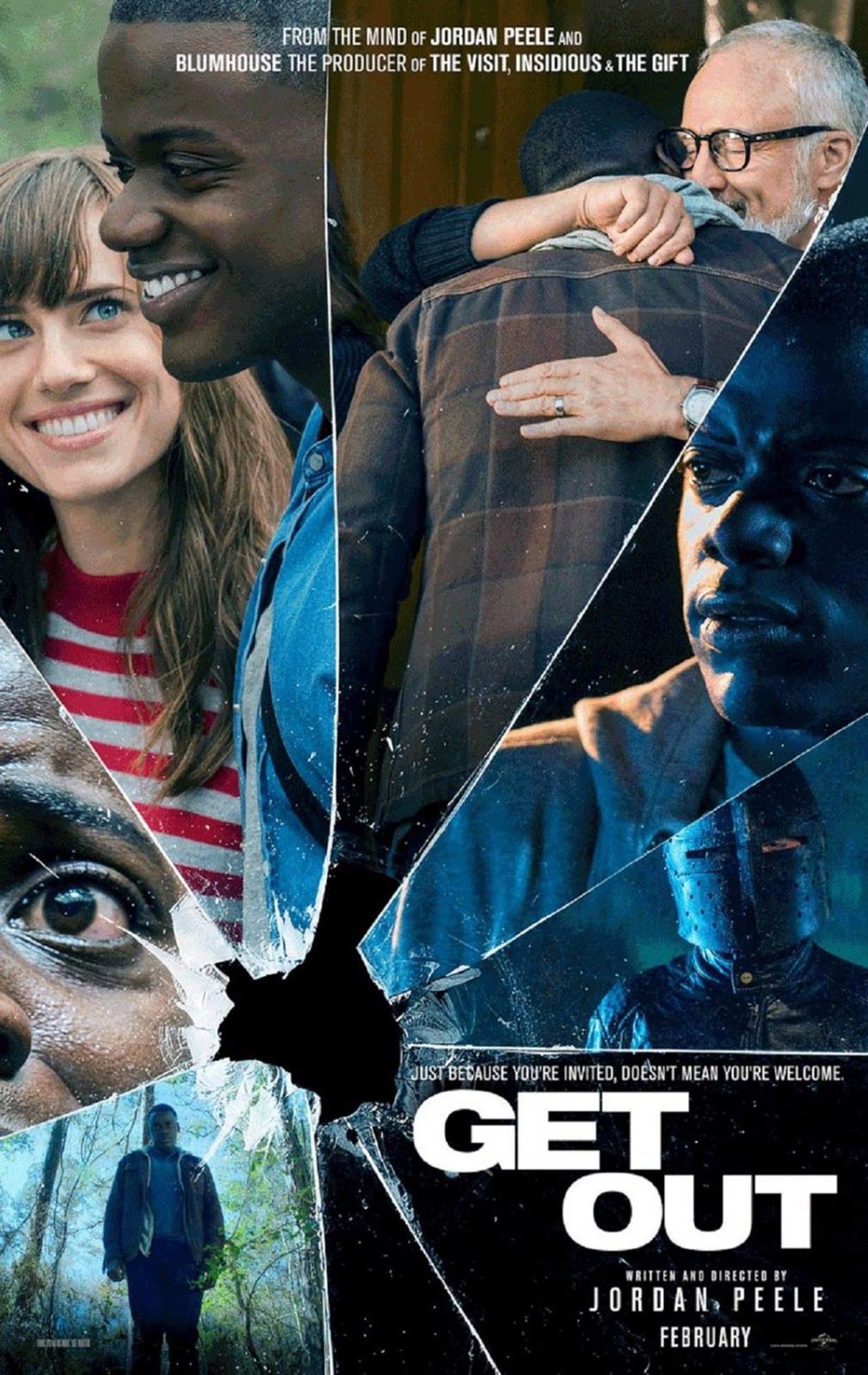